Why Choose Memes for your Marketing strategy? 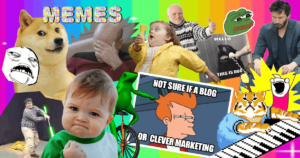 For ages, humor has been used as a weapon against oppression and as a way of expressing ideas, emotions, and even serious matters. With the introduction of new digital technologies internet meme culture has been on the rise. The internet is filled with memes, from your, Facebook feeds to even your personal messaging apps. Sharing them with friends and tagging them on memes has become our new normal these days. Memes, what was once conceived as a trend reserved for millennials or Gen Z has now evolved into an effective way of branding and marketing for small companies to larger firms often called meme marketing.

What is a meme you may ask? 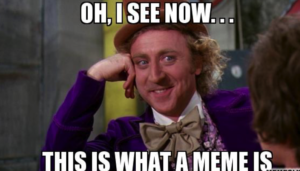 Memes basically are text posts, basic images, videos, GIFs, or any other media format usually derived from some popular culture like a movie or TV show typically humorous or sarcastic in nature which spreads like wildfire among the audience. To get a better understanding of how digital marketers can leverage memes in marketing first one should understand why people love memes so much.

Memes above all other forms of media are funny because it allows people to escape from everything that’s going on in their life and sometimes they provide a good laugh that we all want. In our new digital world memes can be used to share emotions, communicate attitudes and even share one’s situation. Even though they are used in a funny way if used properly memes have high scope in marketing as they are very much personal and resonate with the audience. 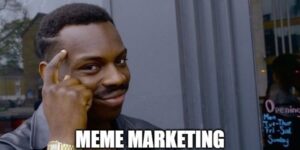 Meme marketing as the term suggests is the process of marketing via memes to promote a brand narrative.
It is said that the business world has begun to recognize the immense scope of memes and started to include memes in its branding and social media marketing strategies to engage and create a sense of belonging among its followers and there is a proven reason for that.

According to the recent social media behavior survey conducted by Ypulse 75% of youth between the age of 13-36 regularly shares memes and about 30% of these users share memes on a daily basis, adding to it it is estimated that on Instagram about 1 million memes are share on average in a day in 2020 which is rising rapidly. From this, it is evident that mems are dominating social media and the internet and is even began to permeate into the marketing and advertising world.

Why memes are Relevant? 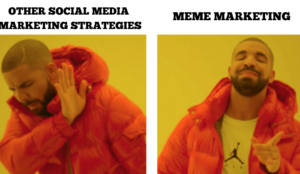 As per surveys, there has been a drastic decrease in click-through rates (CTR) and conversions as people tend to avoid any types of digital advertising or promotional content. Thus advertisers are struggling to ensure that their advertisements are reaching their desired audiences.

Studies have shown that consumers are likely to avoid or scroll past their ads and promotional content, while on the other hand 84% of millennials are influenced by user-generated content like memes on company websites. Smart marketers are using this opportunity to make campaigns that help their brand and brand messages to go viral. Data suggests that the most successful modes of marketing communication have been through memes.

Well, memes are virality personified, you are dealing with something which is already out there and resonates well with people and you are building on it, which makes it shareable and hence builds brand awareness. Here are some reasons one should choose meme marketing 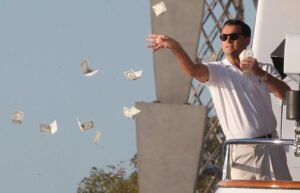 Creating content for marketing is always a time-consuming and expensive process. Here is when meme marketing comes into play. Memes usually are playoff of content that was created by other people so you won’t have to create content that is original to its core. This saves digital marketers from putting time and money into creating new and original content.

Memes can be of any type from images to Gifs from low-quality pixelated images to artistic or pop culture-ish film or TV show images. For memes The quality of the image is not what matters, It’s the message or the idea that it conveys. It could be a new meme created by you or a riffed meme, even it could be a meme that relates to you, the intent is to be relatable to your audience.

Creates a sense of community

Memes are always funny and light-hearted which helps nurture community among one’s followers. It creates a sense of belonging among the audiences and creates a community where like-minded people could relate to the situation and share a laugh where everyone is in for the same joke.

Take the case of Reddit, Reddit has many subreddits where like-minded memes are being shared and enjoyed. One could capitalize on this and can create meme marketing strategies as a part of a marketing campaign. 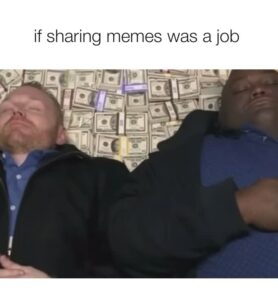 Meme by their nature has attracted more audiences than any other type of post in the recent past, many surveys show that the newer era of audiences spend most of their time on the internet surfing memes and sharing them with friends and their families. More than ever now is the time to introduce your brand voice through memes and to build brand awareness through meme marketing as memes are the new normal in marketing and it’s going to stay that way for the coming days also.

Memes being the most reliable and enjoyable form of media creates an instant connection with their audience and it imprints the message of the meme to its audience more quickly than any other form of digital media. Utilizing this, a digital marketer can easily incorporate a brand’s message or introduce people to a new brand in an effective manner that leaves a long-lasting impression in the mind of the audience and drive their brand awareness campaign in the most effective way possible. 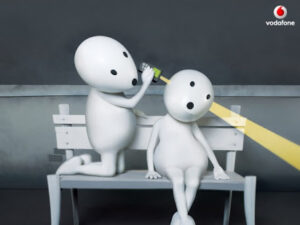 Vodafone used them as their marketing strategy, now whenever one sees them, the first name that comes to mind is Vodafone

Here are some types of meme marketing.

We all know how important image is for blog posts and content creation as they are attractive and is an easier way to digest and understand a certain message to the audience. Let’s not just forget the importance of images in Seo rankings too.

Memes not only make your blogs interesting and engaging but also contributes to conveying the brand’s voice and tone to the audience.

Consider this blog as an example of using memes in blogs as a part of meme marketing.

Emails still remain the most effective way of marketing in digital channels and it is one of the best places to incorporate memes too but the important thing to understand is understanding your audience, create an email list of the types of audience you want to include in your meme marketing strategy through emails. Here is an example of how Quuu used memes in their email marketing campaign. 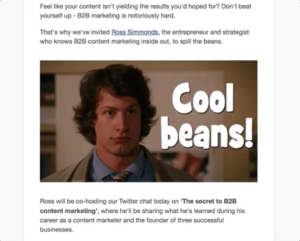 If done the right way Meme could make your Emails more visually attractive and in the technical aspects, memes usually have smaller file sizes and are great to add to your email.

Using memes in social media is a great way to improve brand awareness and to introduce new products by companies or organizations targeting the growing audience who tend to skip ads and promotional content.
It is the simplest way to engage your target audience as everyone loves memes. Major multinational companies have already started utilizing the vast opportunities that meme marketing provides and have increased their engagement through social media channels. 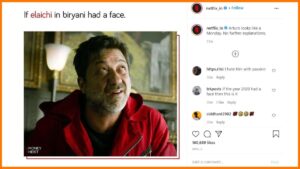 Netflix, Amazon, Nestle, and the list goes on have entered the world of meme targeting.

Here are some tips on Meme marketing.

Meme marketing if done the correct way is a simple and efficient way to increase audience interaction and drive brand awareness. But you should be careful also in doing so, As much as people enjoy memes they also get offended easily. So while choosing memes to do meme marketing consider the following tips. 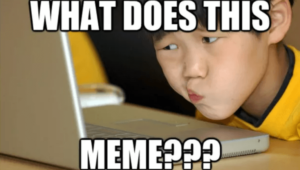 Understand the themes and concept of themes, Every meme has a certain theme of its own and has its own meaning, If a meme is taken out of its concept or context, it will severely affect audience interaction and would stand out as a poor example of creating backlashes in your campaign. So be careful enough to understand what the meme means and its context. 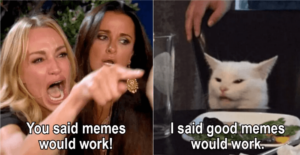 Do know your target audience. 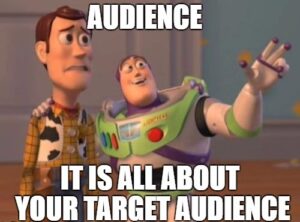 Certain meme templates work well with certain audiences, for example, consider the case of minion memes, minion memes don’t even have a chance of lasting for even a day with young audiences but the same memes are best to catch the eyes of baby boomers and also keep in mind that every meme are not meant for everyone, So pick your niche audience for specific memes and target them with memes that work for them. 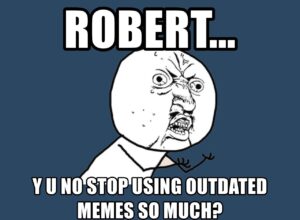 Outdated memes literally mean that the production and circulation of that meme have decreased and people have moved on to new memes. The meme you choose may have broken the internet earlier but what really matters is, Whether that meme is popular now. Is it remade ? or is it trending now? If the answer is no, no matter what that meme has outdated and won’t perform well if posted.

It’s always better to go for new and out-of-the-box memes for meme marketing. keep in mind that a meme can go viral and die off in a single day itself, So be vigilant about the current trends and keep a tab on platforms like Reddit and 9gag for keeping a track of current meme trends.

Don’t come out as a corporate shill

Don’t use memes as a sales device, Memes are meant to be funny and light-hearted, and memes should be simple enough to be intrigued by the audience. using memes with the intent of driving a product sale contradicts the actual intent of memes. However, you consider memes as a way of brand awareness. Introducing a brand through meme marketing and keeping people in grasp by sharing relatable memes have proven to be effective ways in recent years.

Memes are not everyone’s cup of Tea. 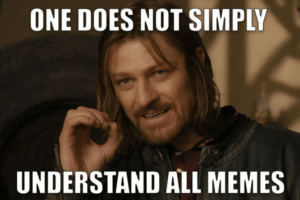 You should be aware that if the audience like your memes it would reflect directly in your social media or engagement analytics. If not they are more likely to express it directly and It could affect the campaign negatively. So, while choosing a meme always be aware that there is the possibility that some memes could be divisive and can be offensive for some or others. Be mindful to always test the waters gently with your audience while doing meme marketing.

The world of the internet and social media is an ever-growing system and with this growth comes new ways of marketing strategies. And memes have spread like wildfire on the internet from social media platforms to our inboxes. From creation, sharing, and engagement of memes are exponential in growth than any other forms of media. If done correctly meme marketing has the potential to take over the online marketing world.

Memes not only provide entertainment but also can be considered a great marketing strategy. With the most engagements and reshares on the internet, meme marketing sure is the future of marketing. So why wait? Start your own meme marketing today itself and always remember to stay with the trends and be the trend.